I remember talking with Robert mid-summer of 2018 about the possibility of going to Disneyland and the moment he said “Let’s just do it. Let’s book it.” The excitement built for months and the trip ended up being even more magical than we anticipated.

Disneyland was the original plan, but I asked if we could squeeze in some time at The Wizarding World of Harry Potter inside of Universal Studios because I had been hoping to go since it opened up in Hollywood three years ago. My mom graciously offered to babysit so Robert and I could spend part of the day there.

As soon as we landed and were settled in the hotel, Robert and I were off to Universal. We were worried that it would be super crowded and I expected us to only be able to ride one ride, but the universe (no pun intended) was on our side because there was barely anyone there! I couldn’t believe it. An employee told us that for some odd reason, that day turned out to be the slowest day of the year. We were so lucky and ended up being able to ride every single ride.. TWICE!

The highlight for me, of course, was the Harry Potter and the Forbidden Journey ride. You guys, I CRIED. I felt so much joy! We finished the night off by watching the special lighting of Hogwarts and since we went during the holiday season, there was “snow” falling everywhere. It was truly magical.

The next three days were dedicated to Disneyland.

We’ve traveled with our daughter before but this trip was so incredibly special because of how nostalgic it was for Robert and I. We were so lucky and grateful to have experienced this trip with my mom, some of our closest friends, Robert’s brother and sister-in-law, and two of our nieces.

There is something truly so magical about that place. Perhaps it’s because adults are temporarily allowed to forget about the adult-world and have the opportunity to see everything with child-like wonder. Whatever it is, I can’t wait to create more memories at The Happiest Place on Earth. 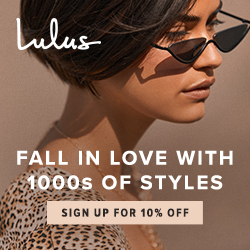